Here are a few more photos of the day for those that are interested.  It was mentioned on the invitation that it was rainbow themed and to wear something rainbowy but not many did.

I wasn't as organised as I should have been but did make myself a rainbow hat with long hair and had a matching rainbow front sewed on to my shirt.  Daughter thought I needed coloured hair though so the hat came off and the spray went on.

Being sprayed was awful, smelly and so cold and it felt horrible to touch once on but it was rainbowy.  Grandaughter had hers done too and though we offered the treatment to others there only 1 kid wanted his done too. 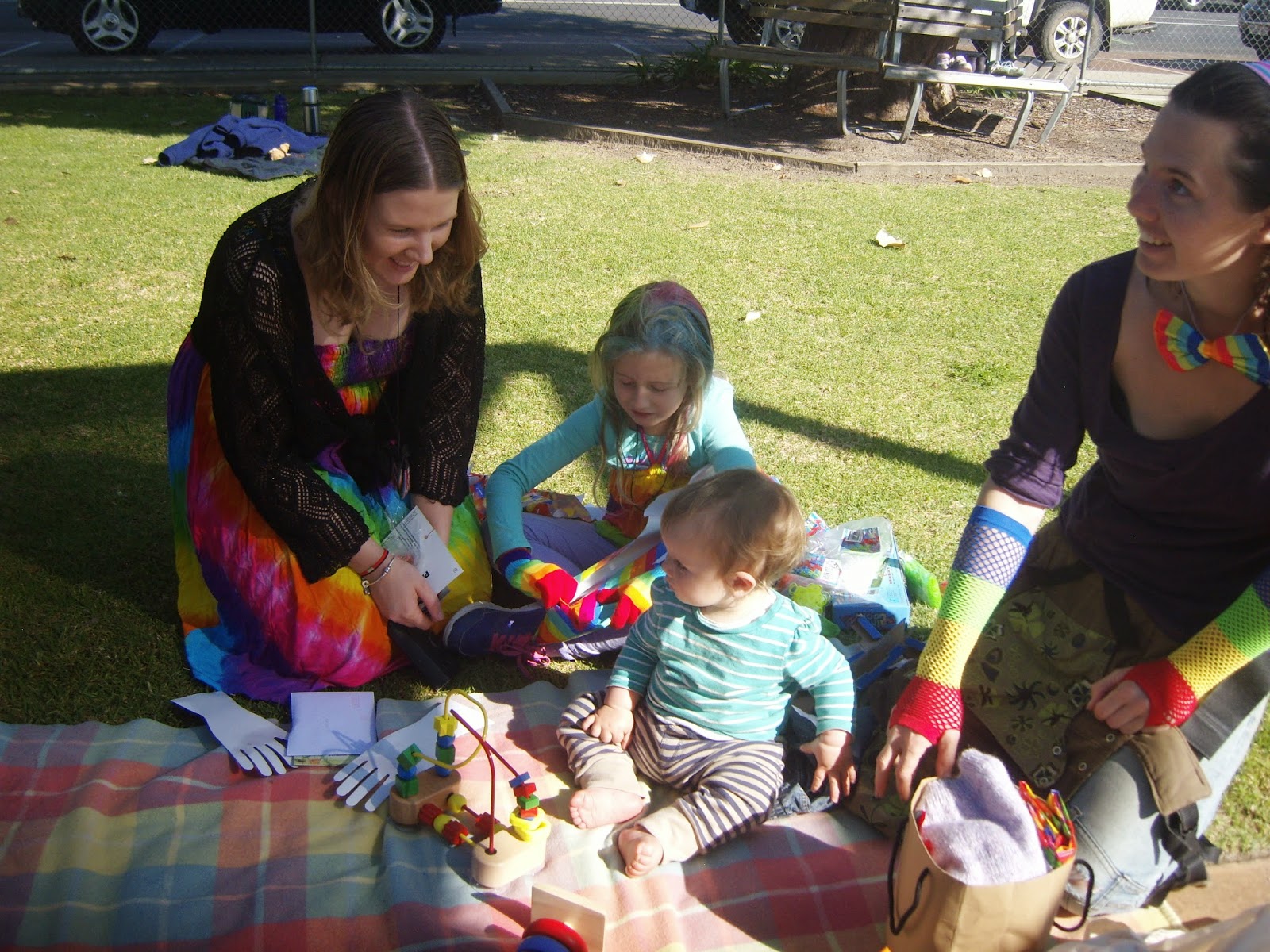 The mothers and the party kids.  One is 1 tomorrow and the other will be 7 next week.
So many presents but people were good and I don't think there was anything plastic.   Lots of wooden toys for the young one. 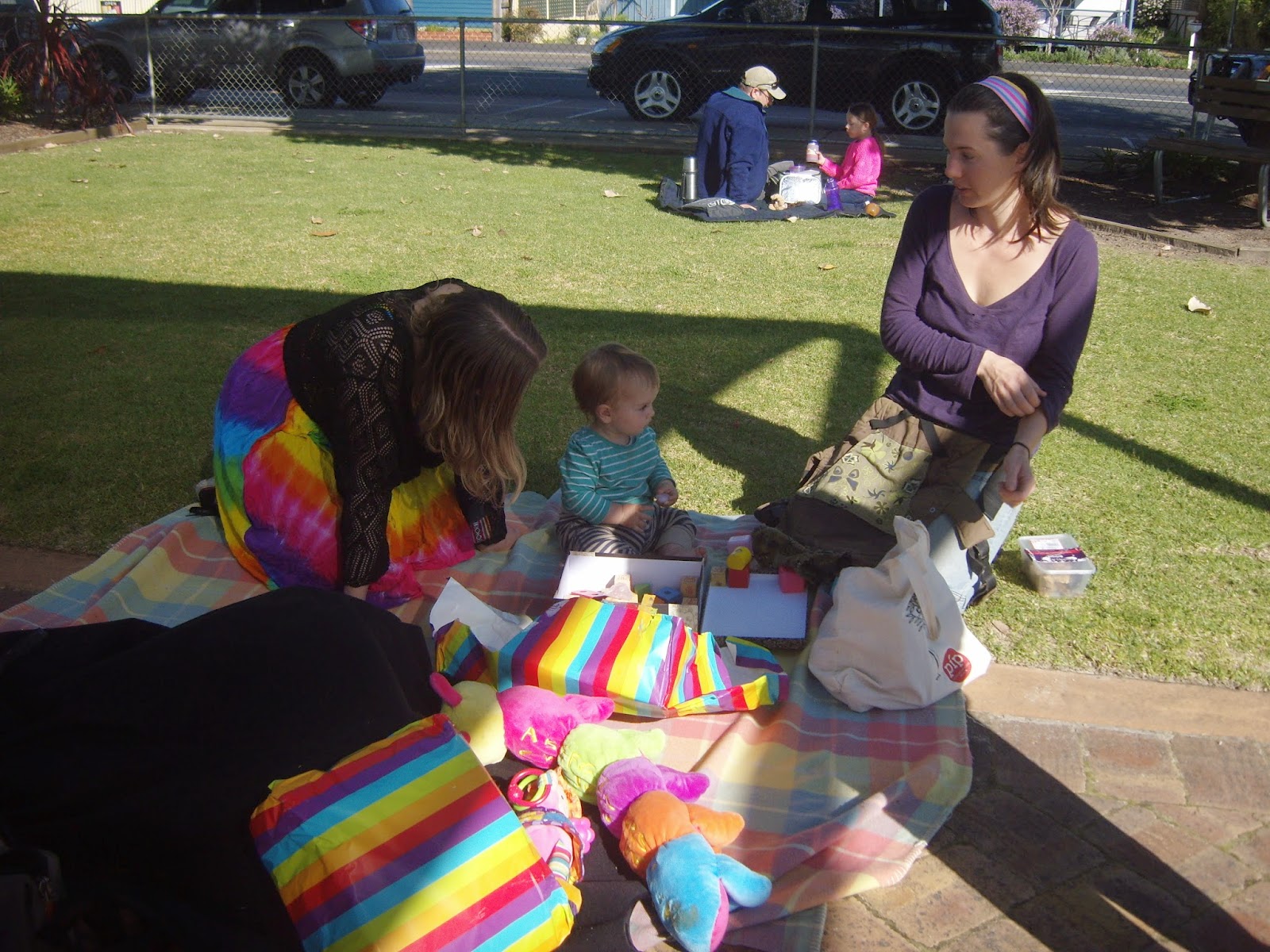 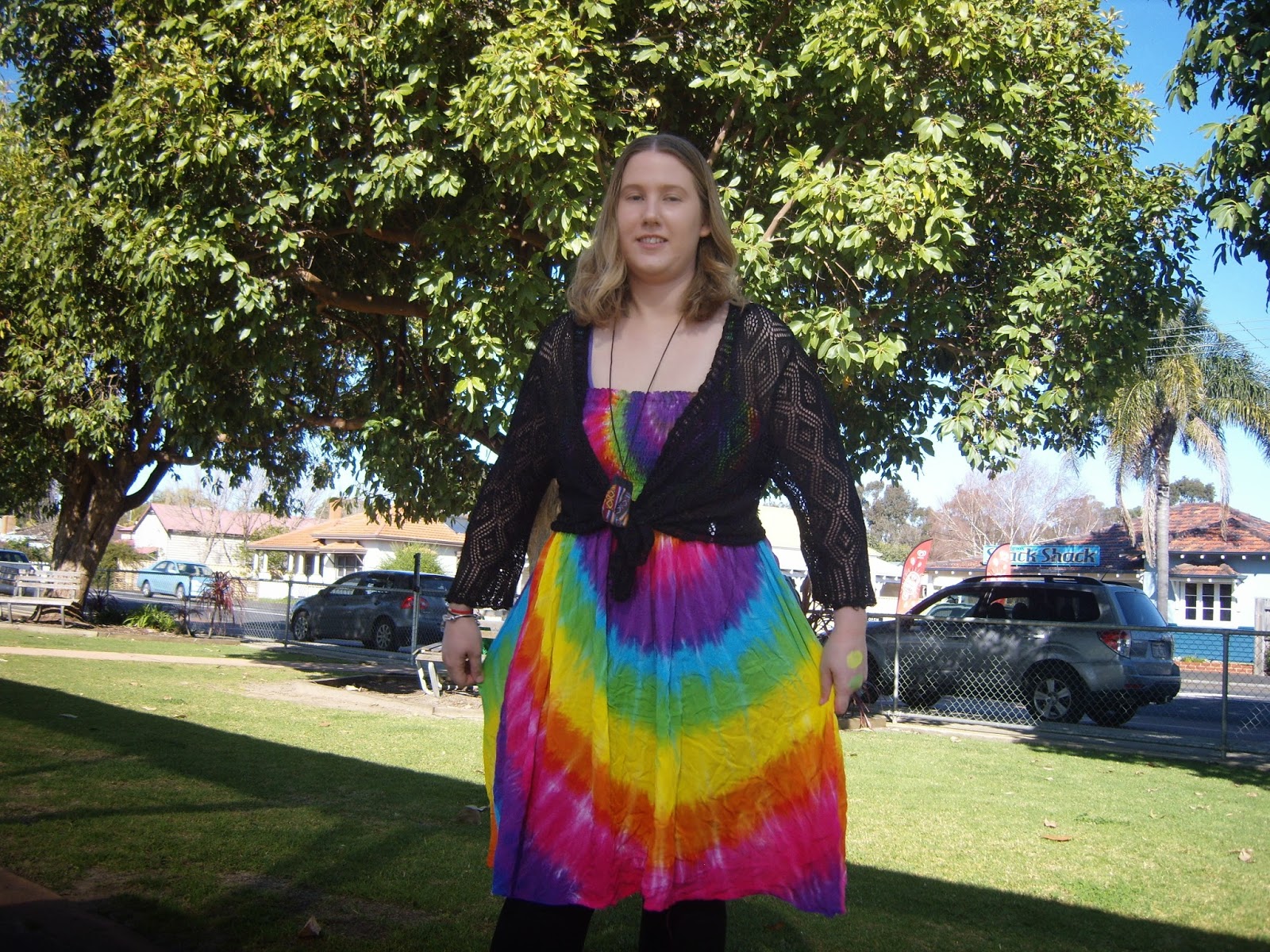 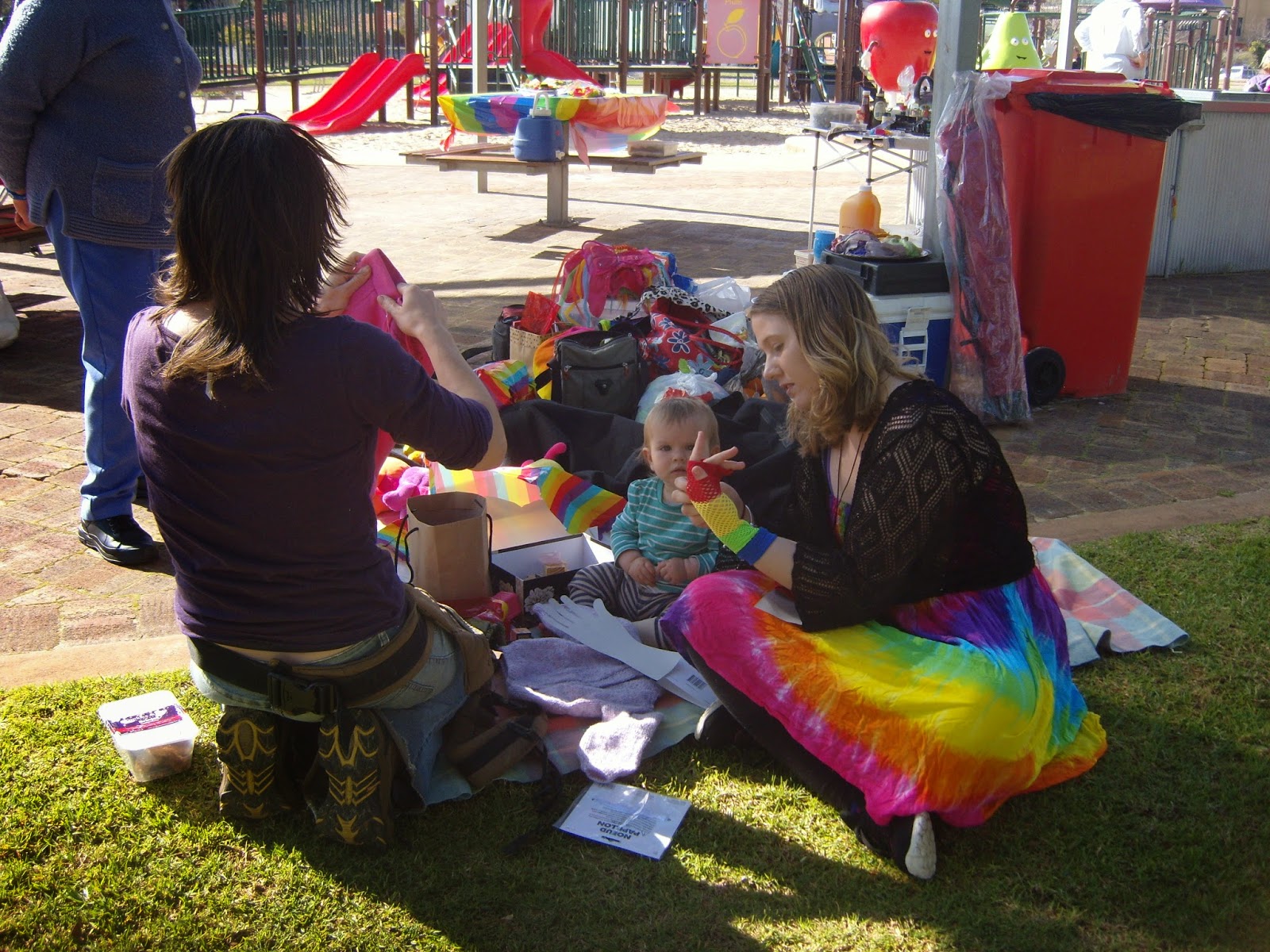 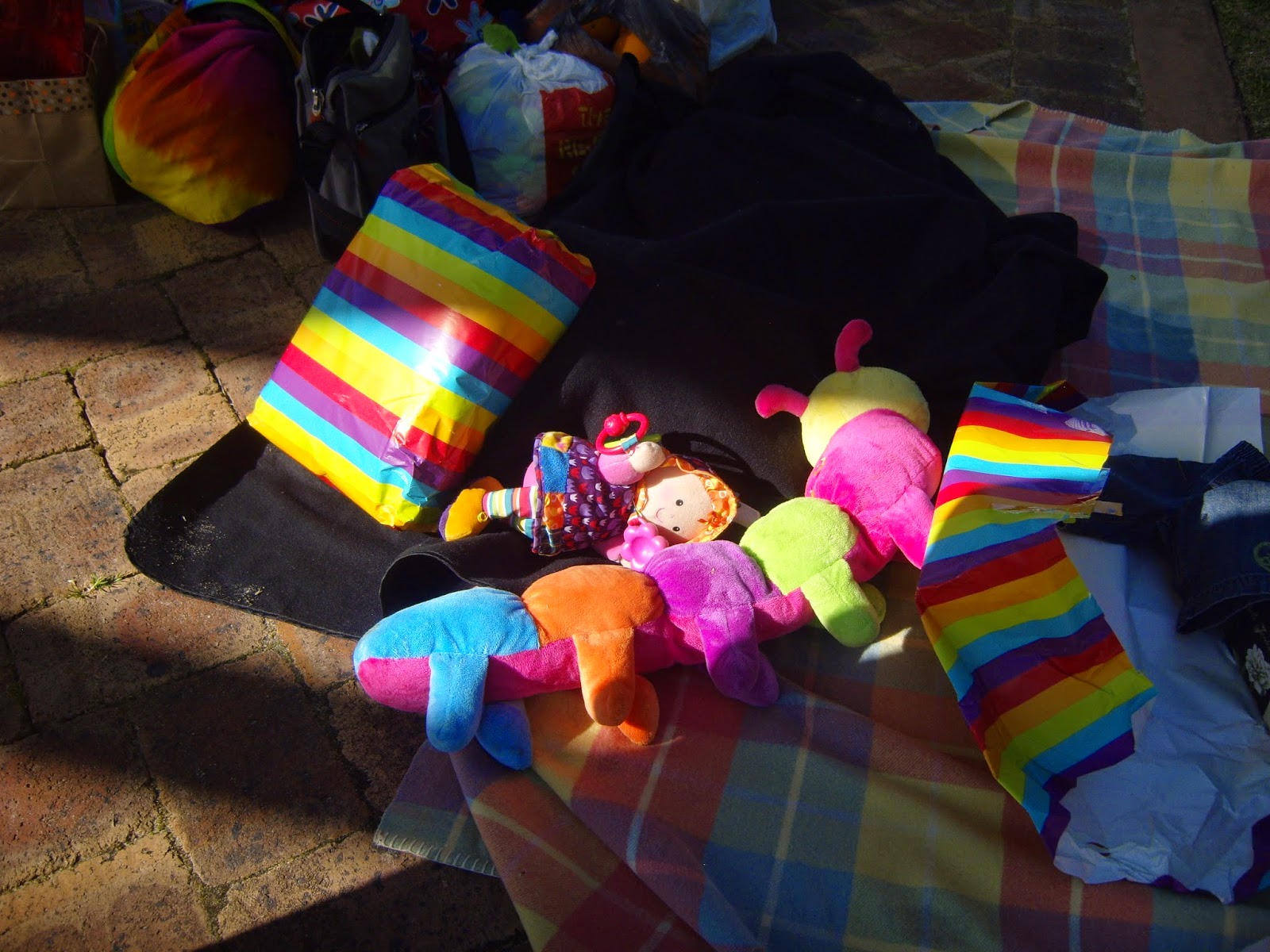 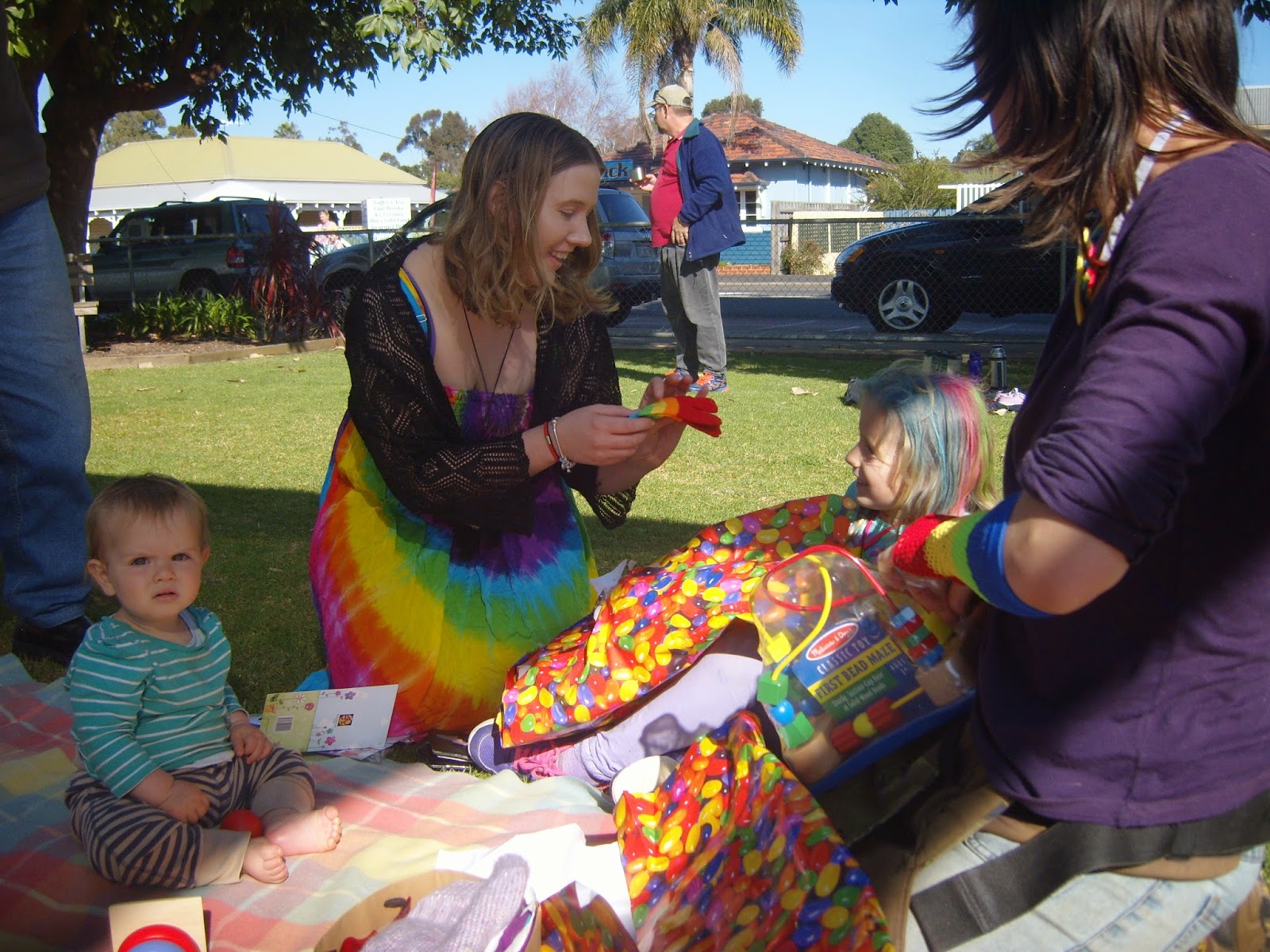 You can do anything when you are nearly 7 and when wearing a rainbow dress. 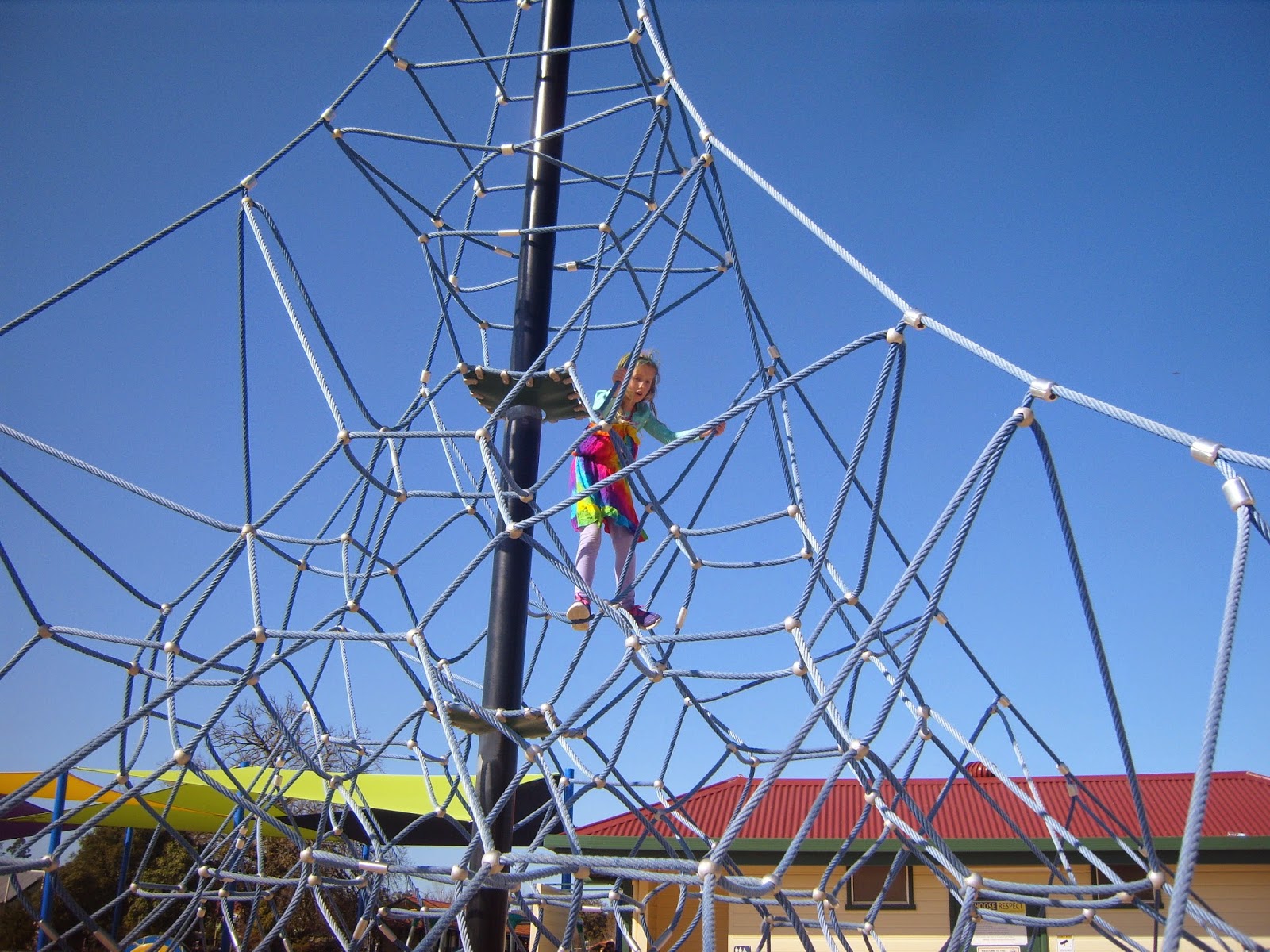 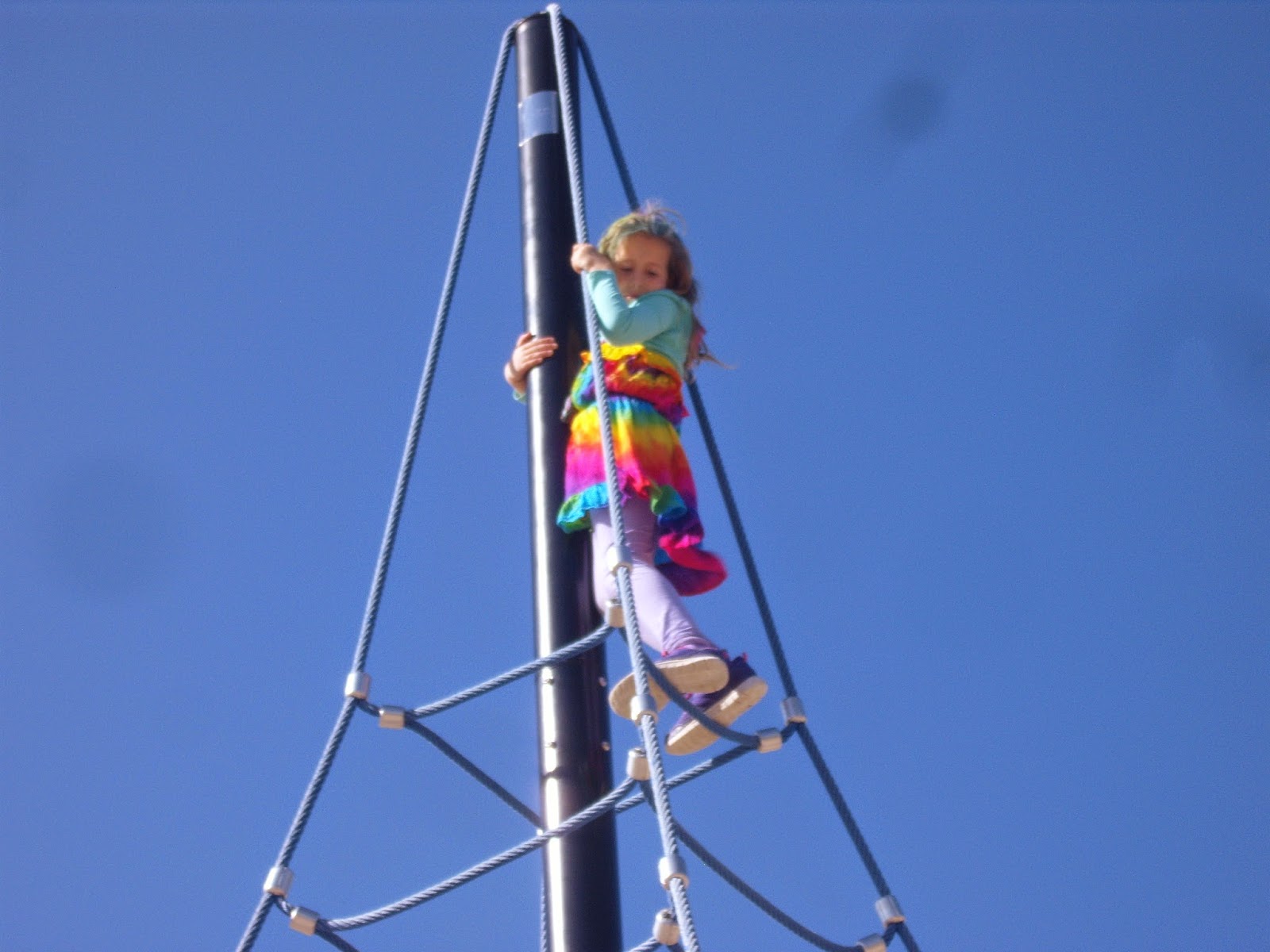 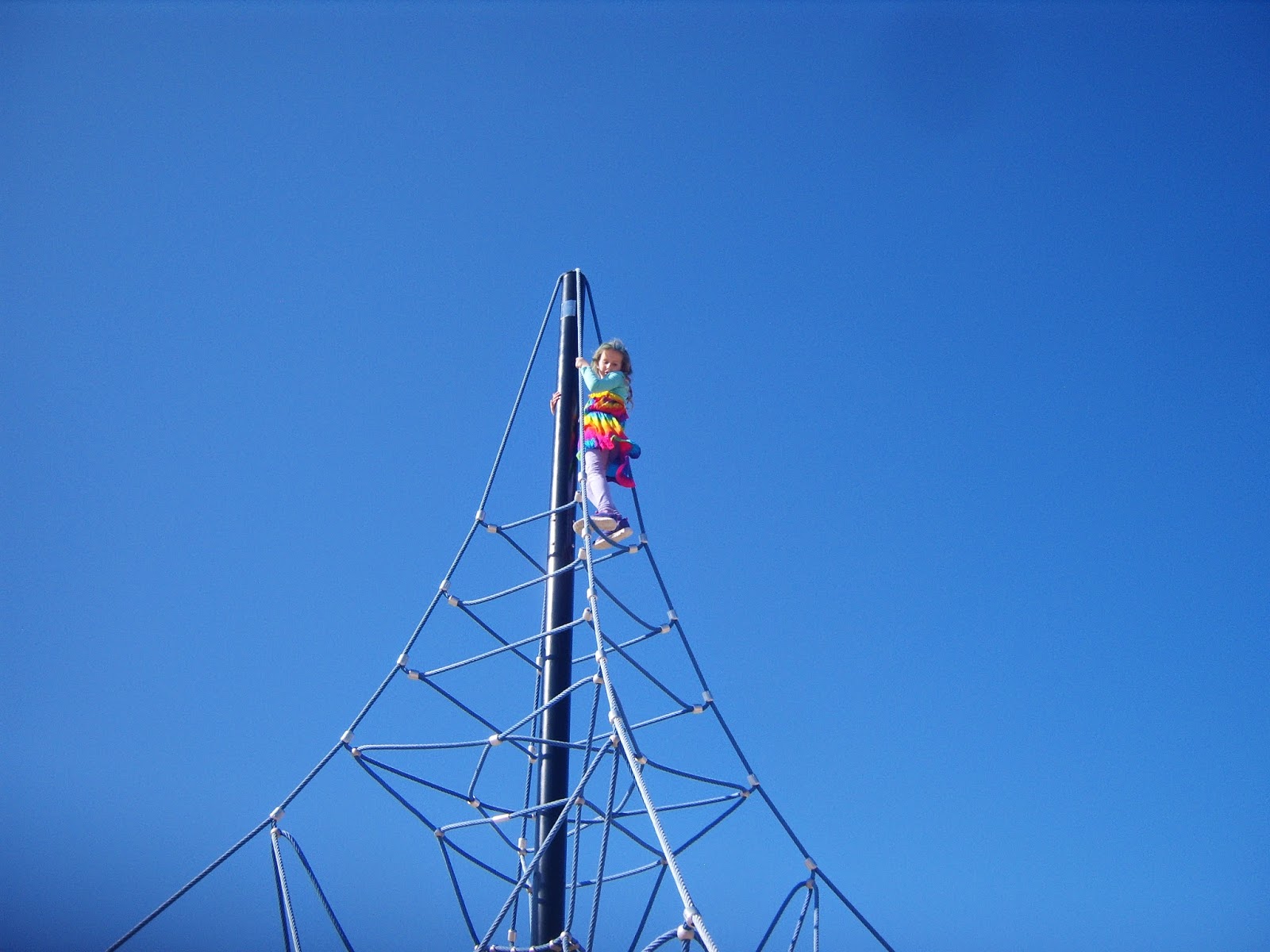 This is the rope frame that I want to get to the top of.  I tried again yesterday but still couldn't make it.  Maybe next time.