I have done some washing and brought some of the dry stuff in to put away.  But...It wont fit!!   The towel shelf has towels and sheets on it so the clean towels wont fit where they are supposed to go.

The sheet shelf, well that is so crammed even a pillowslip can't be pushed in anymore.

The shelf where I keep tablecloths and quilt covers is so packed with other crap I can't get anything out unless I pull it all out and then I have to cram it back in again.

Such is my bathroom cupboard.  Linen press.  Cupboard where I keep sheets, towels and crap.

Well, up to a couple of hours ago anyway, the cupboard was full to bursting, the doors couldn't be shut properly, the clean stuff couldn't be put away and I had no idea what was in there.

So I pulled the towels out.  And the flannels, handtowels, floor mats.   The sheets that were on that shelf came out too.   I scooped them all off the floor and put them on the table to sort.  The towels are back in where they go but that shelf is looking a bit bare.  I know I have more towels than what is in there now but I don't know where they are.  Truth be known, I probably shoved them somewhere else when they wouldn't fit anymore.  However, if/when I find them, there is room for them.

This is the cupboard after I finished the towels and pulled most of the sheets out.  So much stuff.  Too much stuff. 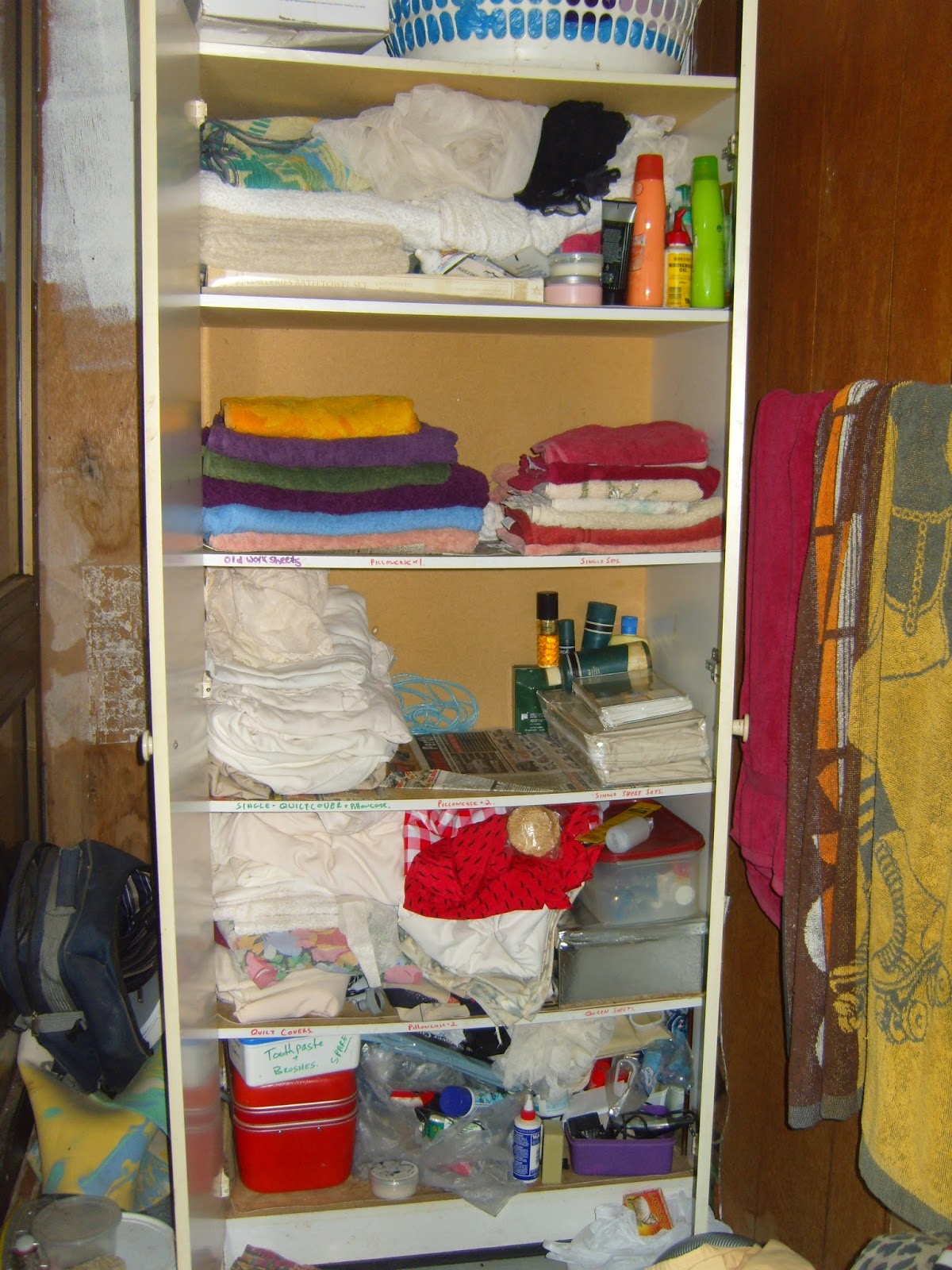 The towel shelf looks OK now but I know there are a couple more towels somewhere. 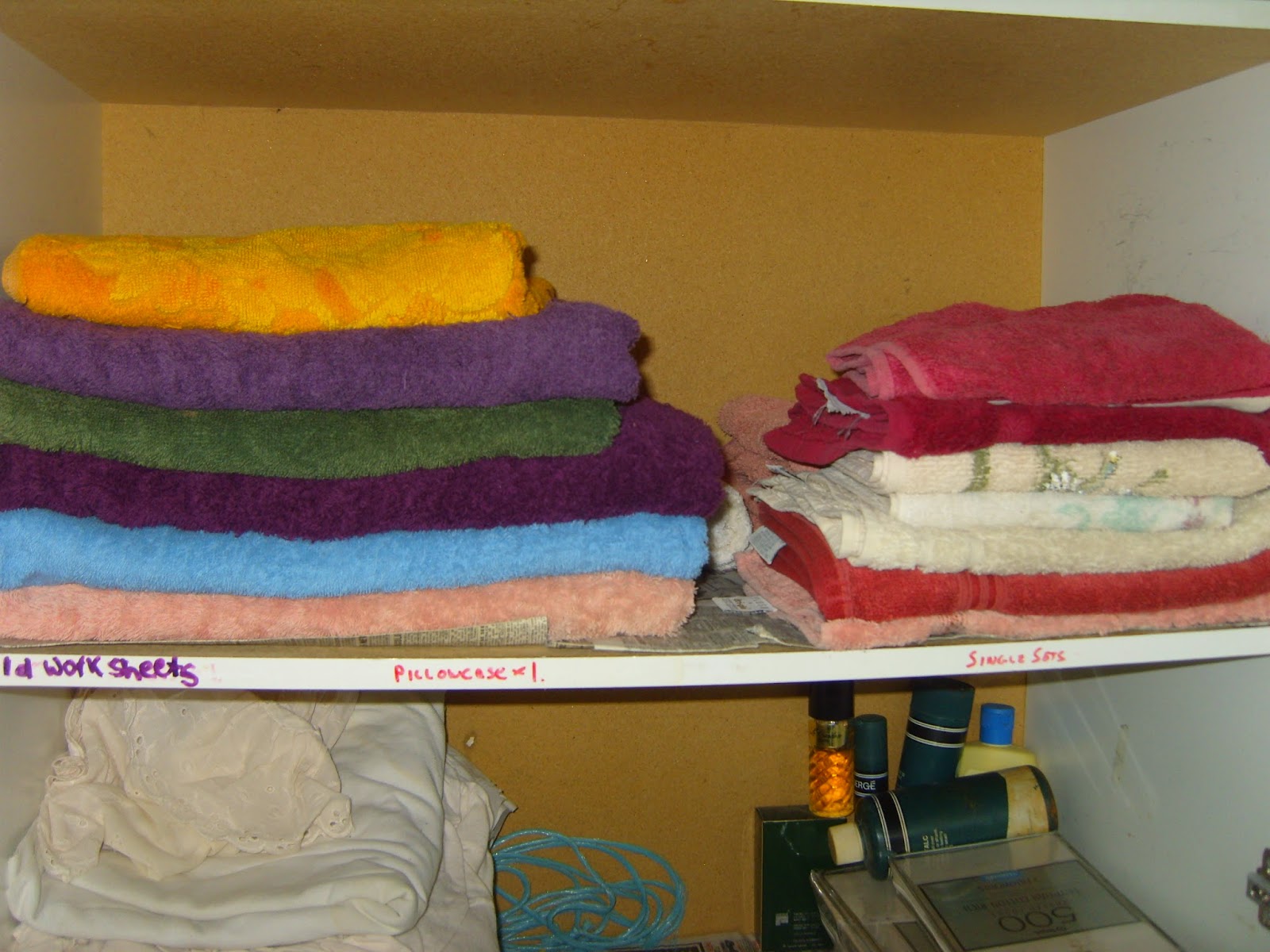 I am going to work on the sheets this afternoon.  And Pillowcases.  Then the rest of this cupboard.  One shelf at a time.