I was late getting there but we still managed to get set up, more or less, before the starting time of 8.    Not everything was unpacked but that saved us having to pack it up again afterwards so all good.  I was a bit surprised when I did get there as there weren't as many stalls as I was expecting.  Our markets are held at the town hall and there are inside and outside areas.  The outside areas are bigger and we liked the idea of being out on the grass under the tree.

Last week when we sorted through some stuff to take we had 2 tables set up out here and as we priced things they were put on a table.  This morning I only took one of the tables and not everything fit on it.  It looked too crowded and things were hard to see as we had stuff on top of other stuff.  If I had taken the other table it would have been better so next time we need 2 tables or less stuff.   I could have/should have taken the second table as there would have been room for it on our patch.   The tables we have don't fit in either my or T's car so I had to use the van and only put in one big table and a smaller table that I was going to use for the honey.
Not sure what to do next week when we go out of town to some markets, the van might be OK but it is old and I worry about it conking out when driving it now.

Though my main reason for wanting a stall was to sell my honey I have been saying for months that we should have a stall and try and sell some of the crap things we no longer want.  These markets are called Farmers Markets but most of the stalls have nothing to do with farmers or fresh produce.  Today ours had a bit of both.
Here is daughter T putting some jars on the honey table.   This table also had some Easter gifts that she had made up to sell. 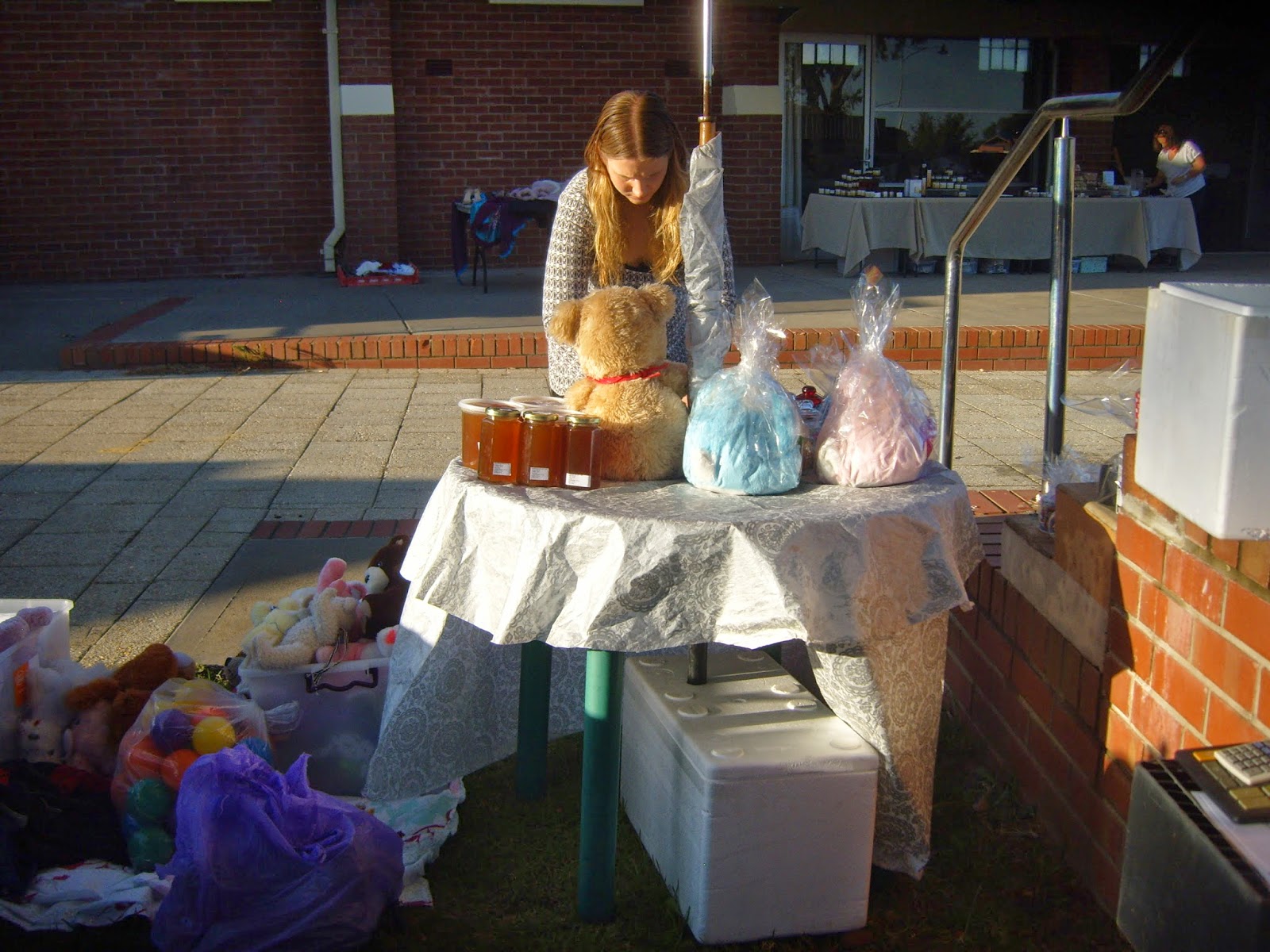 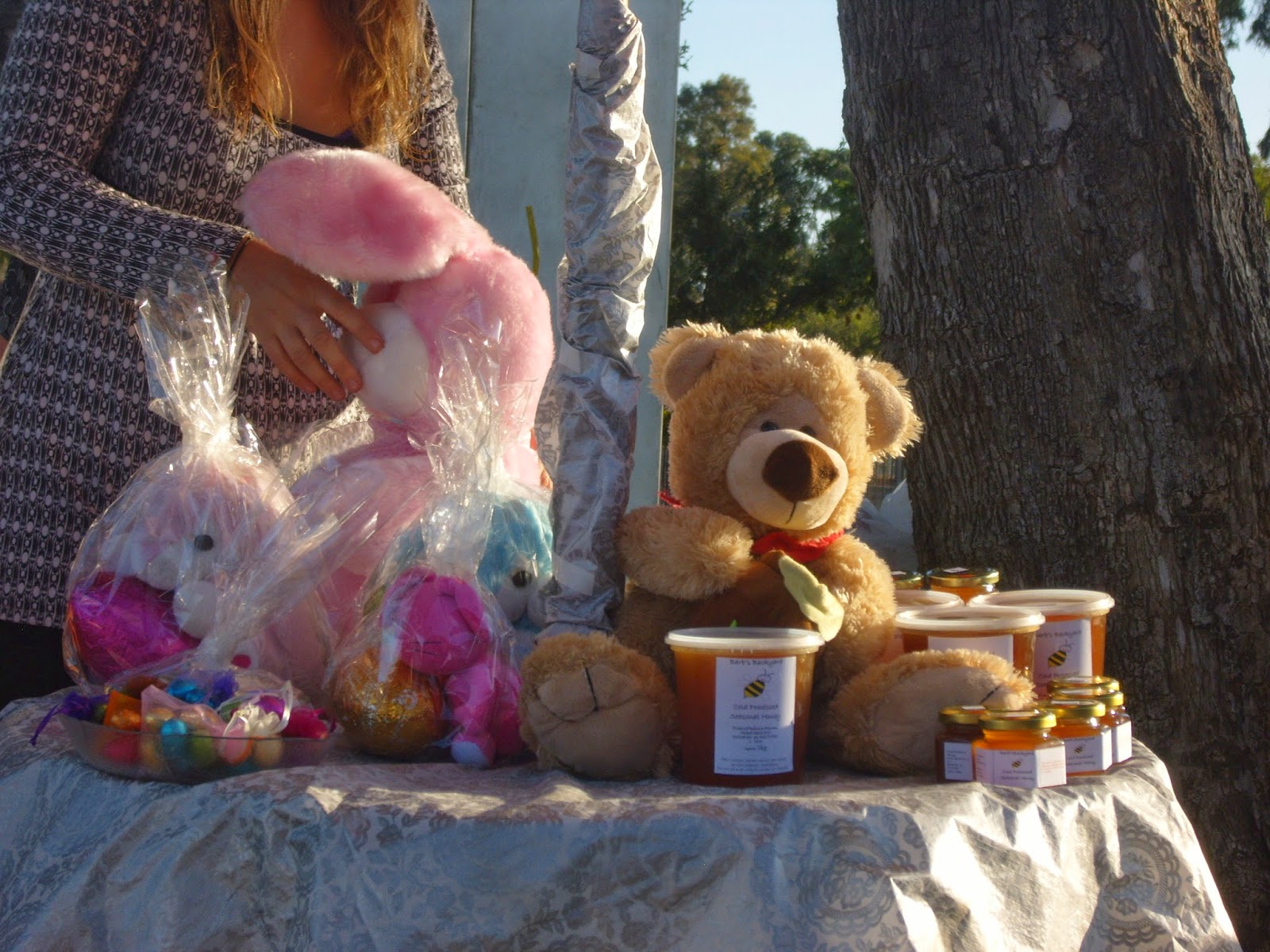 
Last night I wrote up a bit about the honey, where it comes from, how it is processed, printed them out and laminated the sheets.  I had it with a price list on a board. 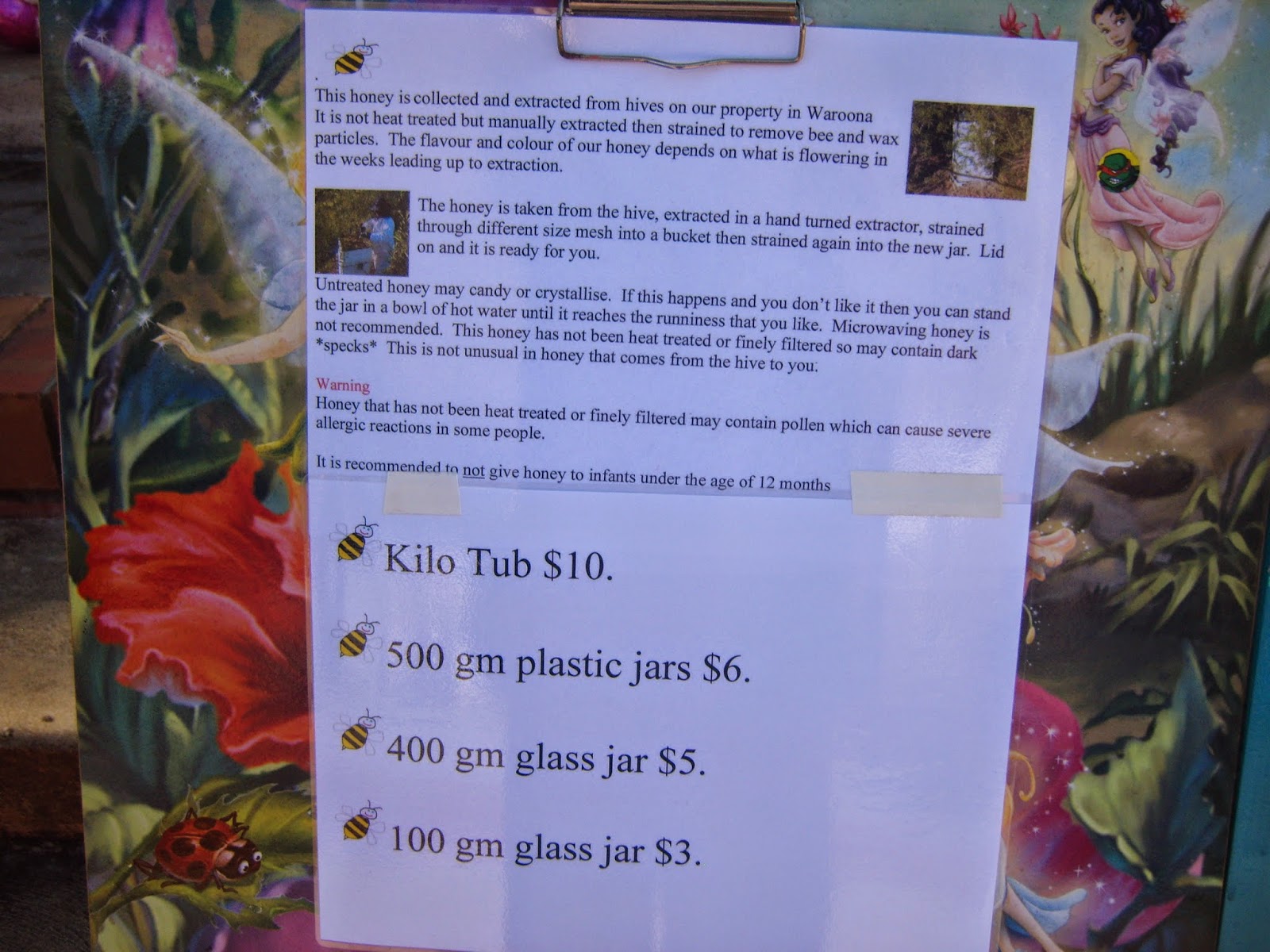 This is the round table with the honey and all of the Easter things.  It looked good.  We had extra stock under the table and the *system* worked quite well.  Sell a few thing, get more out, sell something else, replace that too... 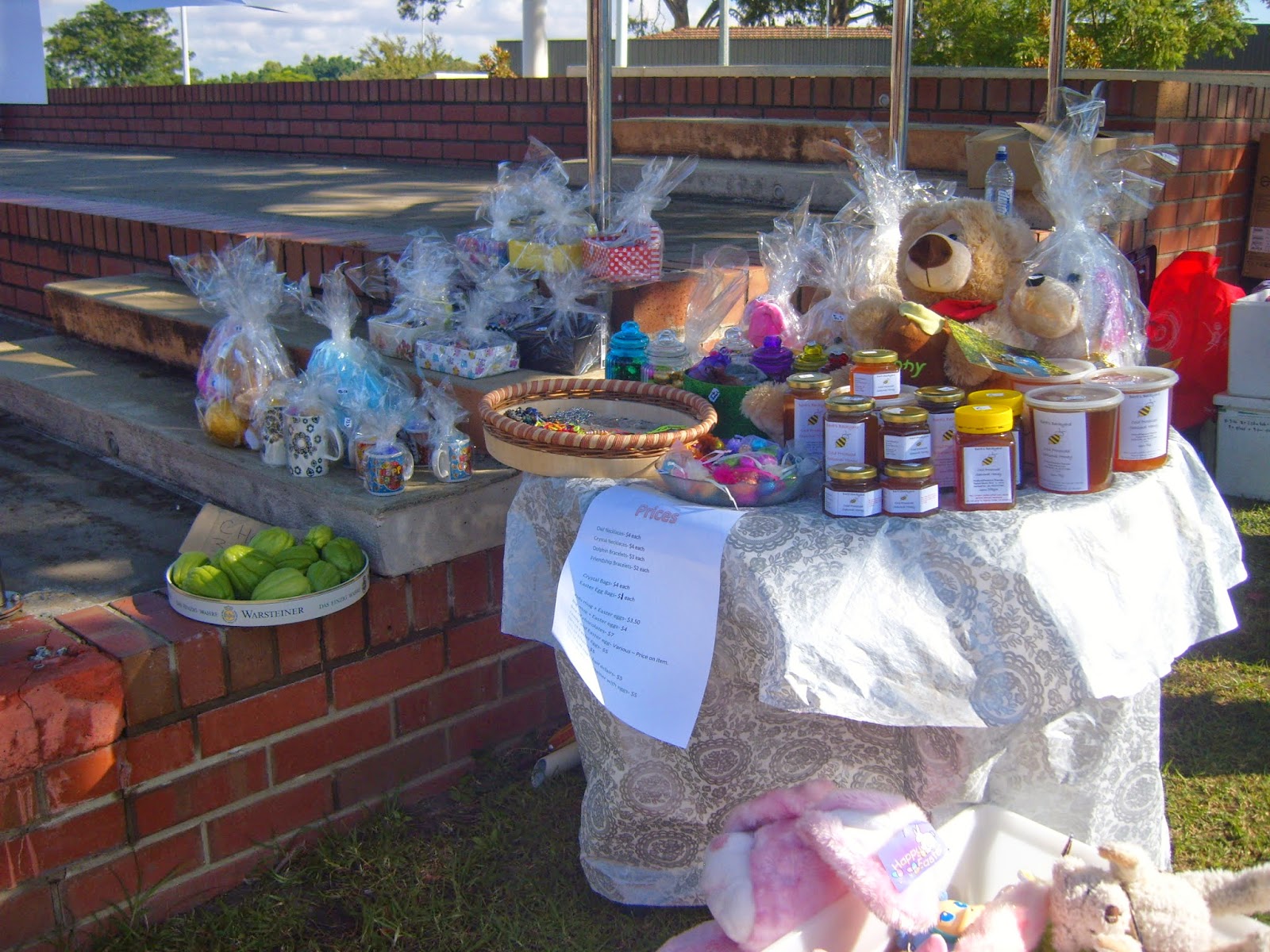 Notice the tray of Chokos?  Picked in my rush this morning and we sold these plus more from under the table. 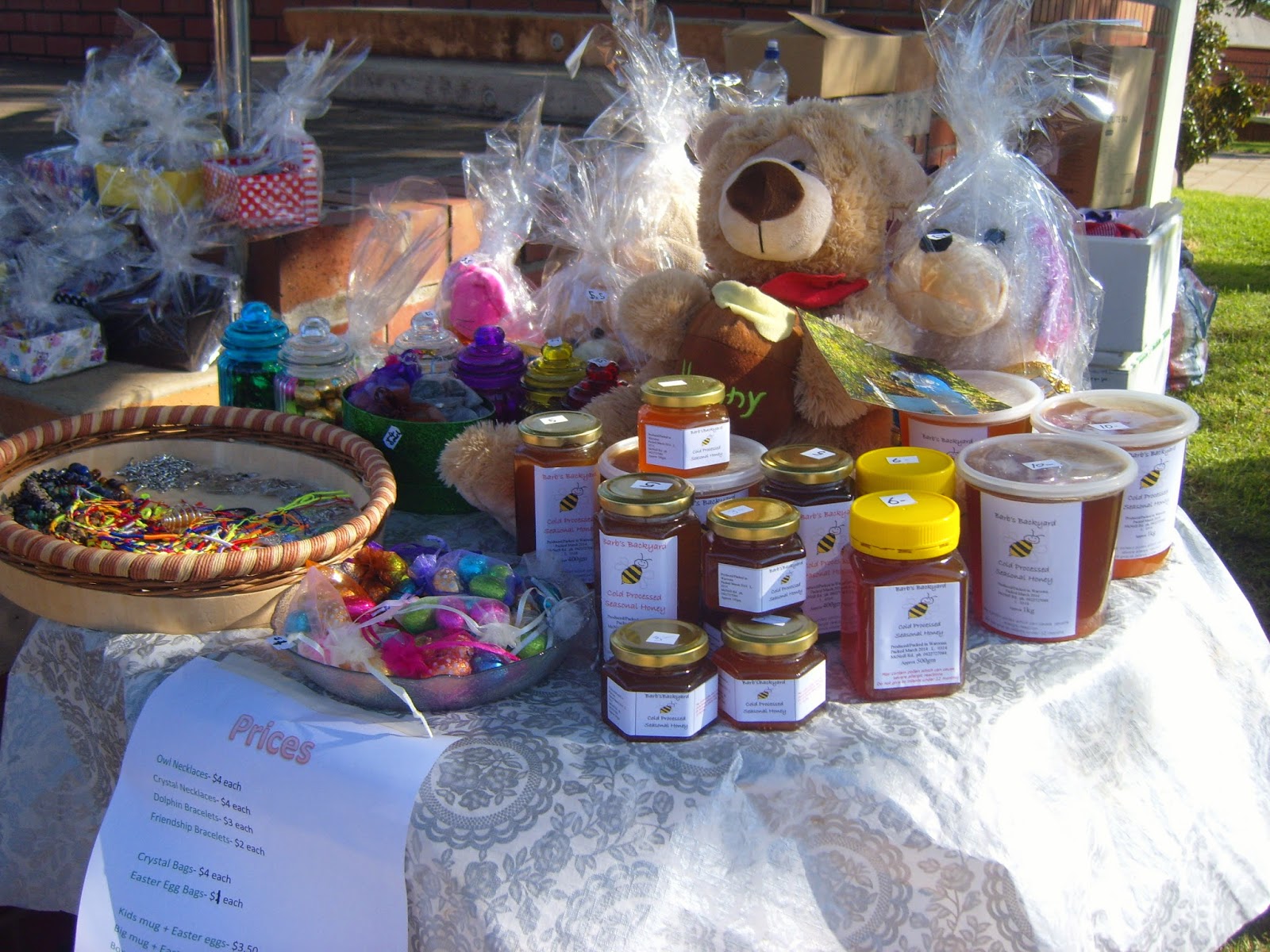 Granddaughter had boxes of stuffed toys to sell and made a few dollars to spend next time. 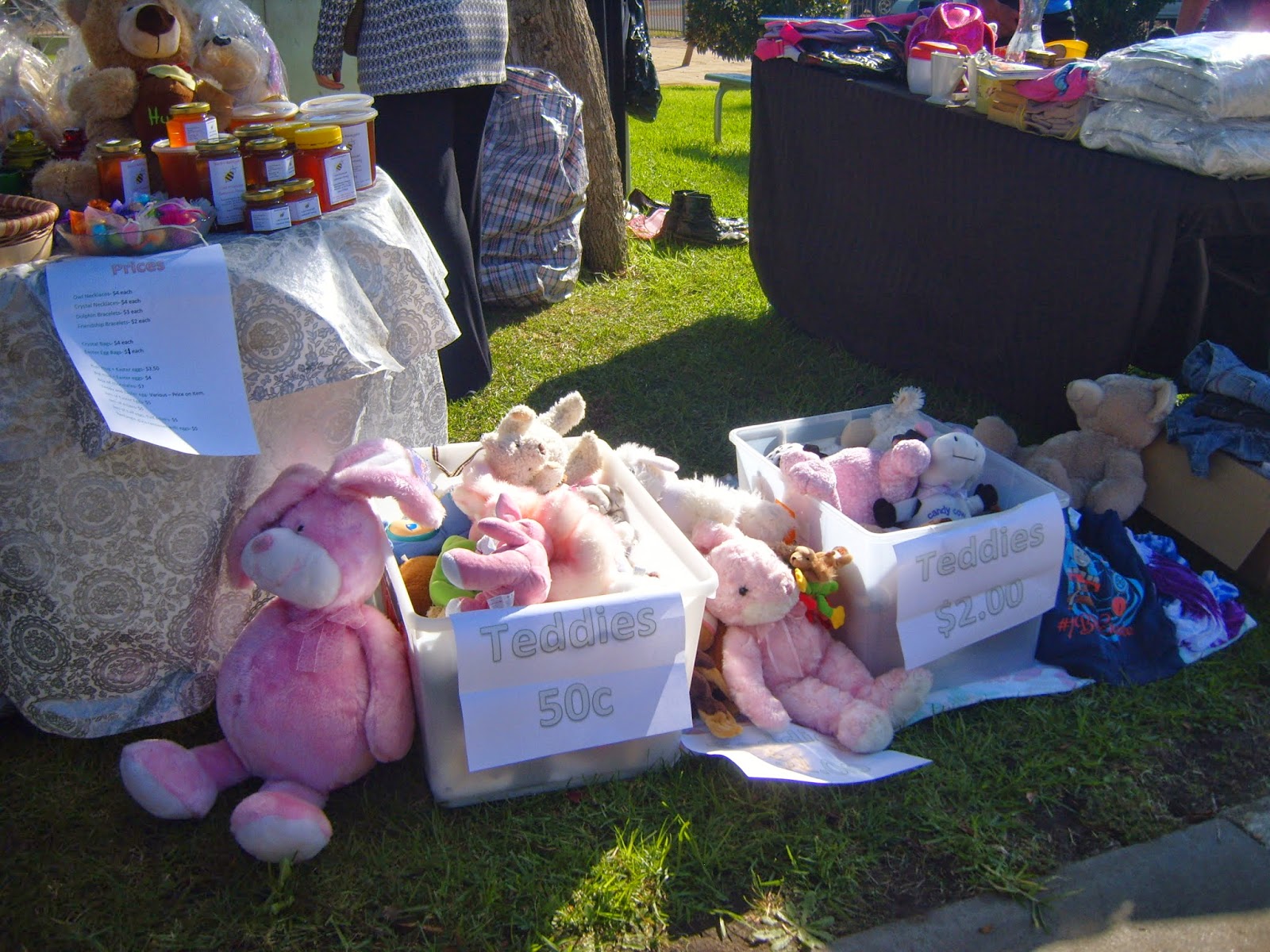 This is us. Are they customers that T is ignoring?  No, just lookers. 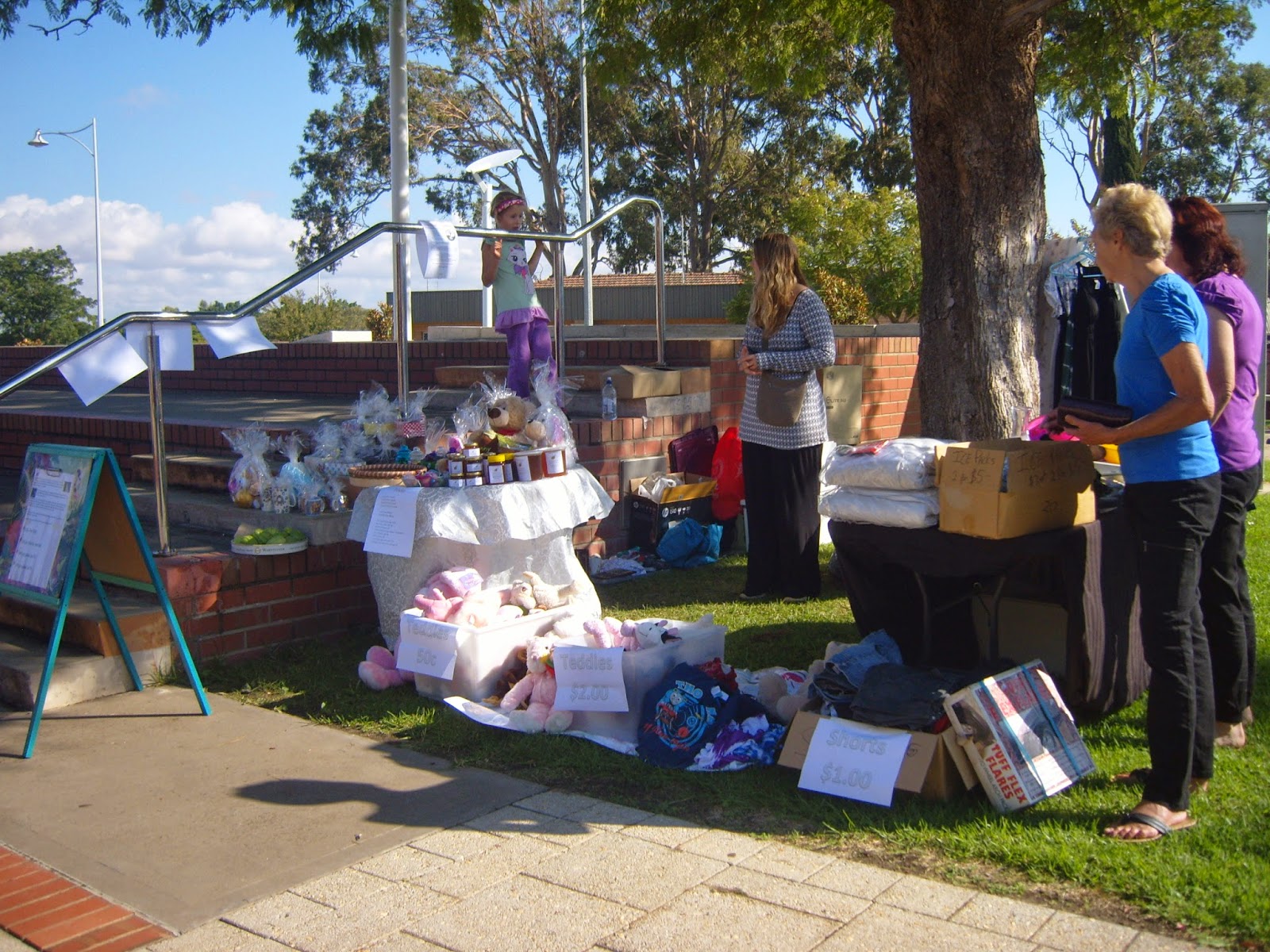 Looking down the path.  There are usually a lot more people, both with stall and people wandering through.  A few people said how the day was so quiet and we heard that there were other, bigger things happening. 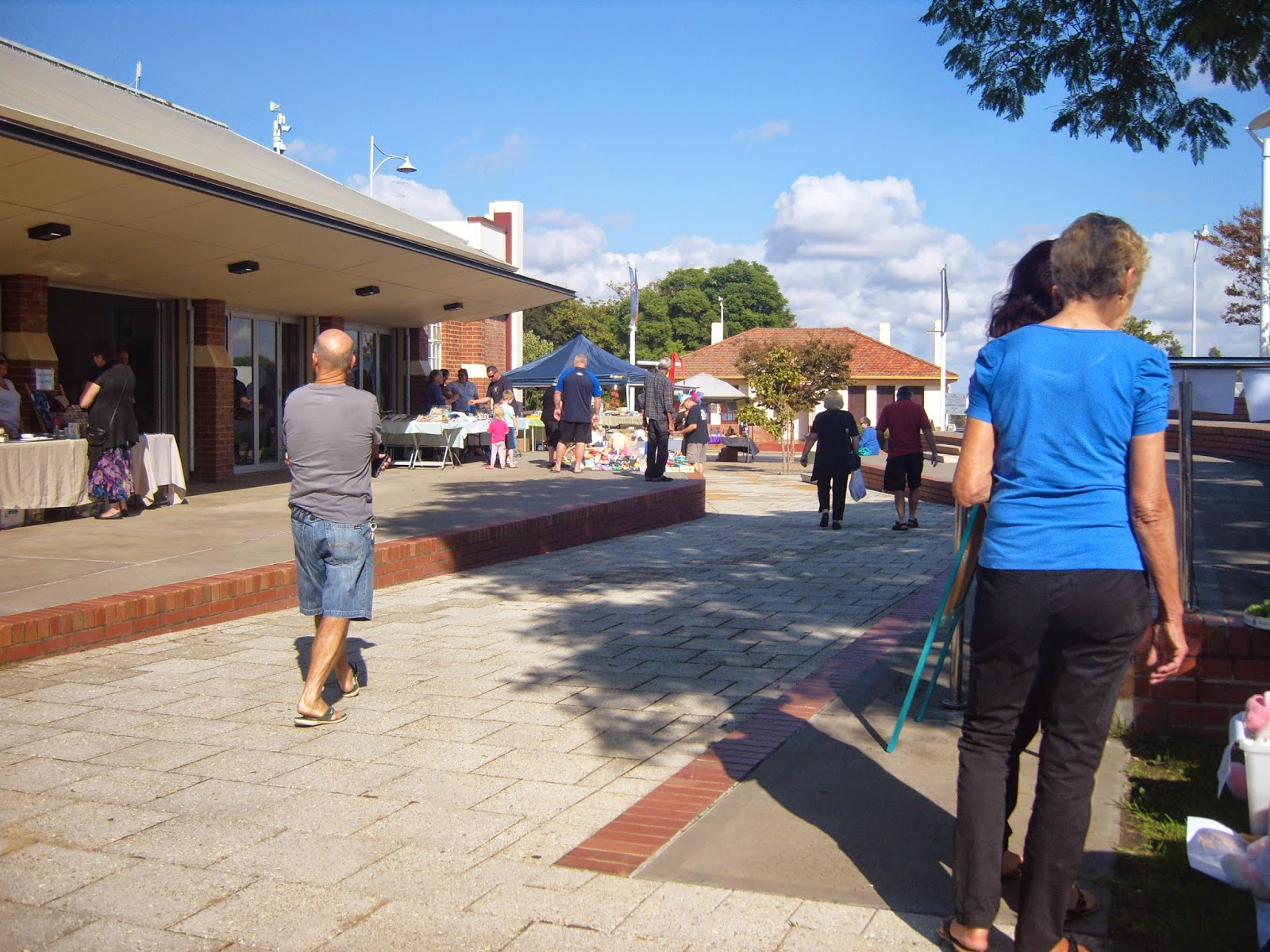 This is looking at us from a different spot.  I think we need to work on setting up an inviting stall. 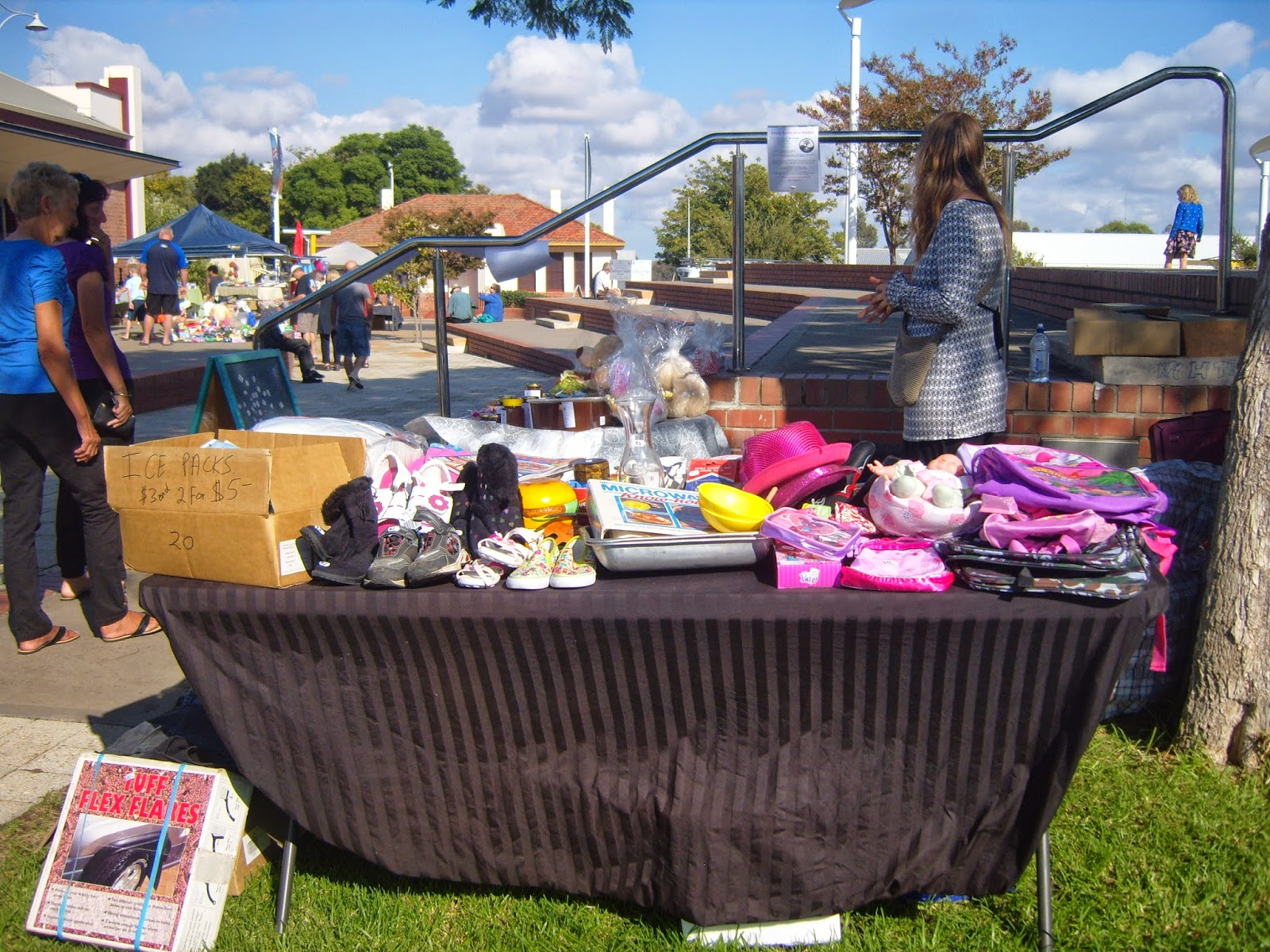 All in all though we think we did alright.  We can't afford to retire yet but we more than covered our costs and had a good time too.  And have already made plans for next week in Pinjarra.   Hmmm, maybe we I should get a proper float together and work out better tables and make sure the alarm will work and get together everything that we needed today but didn't have at the ready...