I made Pasta. And Pickled Beetroot.

Yep...I made pasta.  With egg and flour on the kitchen table...you know, real pasta.
Hippy/Hippie, as in wild and free not big at the hips, Daughter was here on Friday and she always inspires me to try something new and this week it was pasta making.
Four year old Grandaughter was here so made some too.  First we plonked 3 lots of a cup of flour on the
table, 1 for each of us, 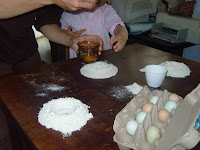 GD broke the egg into a cup then poured that into a well we made in the flour. 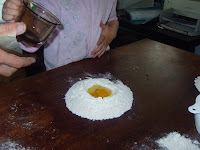 A smidge of salt a bit of oil then squish it all together. 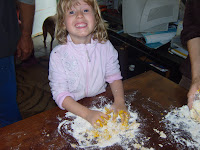 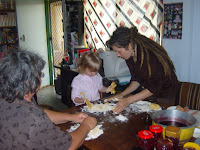 Make it into a ball, ready to roll out. 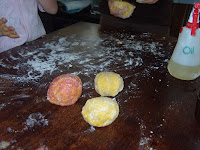 Notice one ball is pink?  That is mine.  I added a couple of spoons of liquid that I used for the beetroot.
Roll out, using a small bottle for small person, a bigger bottle for bigger person and  whatever you can find in husbands shed for third person. 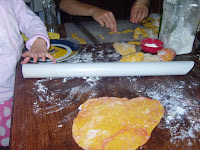 Cut into different thickness strips and shapes and call them what you want. 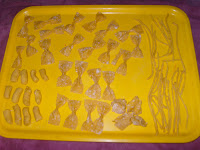 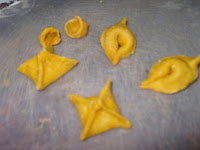 We also made some with tomatoey beetroot mush in them, a bit like ravioli. 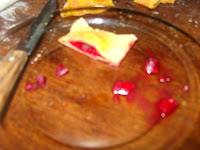 Daughter had this pasta machine that she gave me ages ago that we brought out to try.  It was hard going but they did get some *penne* and some other thing.   It looked like hard work and not something I could use so I will stick to the handmaking stuff. 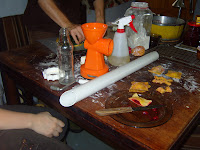 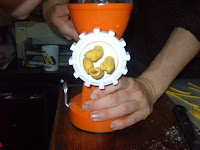 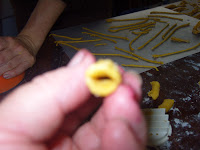 We had some for our tea and Hubby says it was very nice but maybe slightly undercooked.

So there you go.  Another thing that I have been wanting to do has been done.
I must say it is a lot more work than going to the shop and buying a packet and as I always buy quite a bit when it is on special so always have some here it wont be an every week thing.  I will do it again as it is much nicer than the bought stuff.
If you have never tried making your own pasta give it a go, it's well worth it even if just for the fun factor.
If you have, how'd it go?
Blogger is being a pain, again, so Beetrrot writup is coming later. 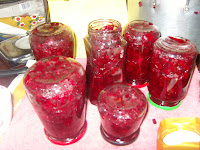