We've got another hot day here yesterday, it's starting to get a bit much for me.  Still it is Summer so only what is expected.  But all the same...it is hot here.

Yesterday morning I was out whippersnippering an area that has been a mess for ages and still is but soon...One day it wont be such a mess.  It is the area where we have all the fridge gardens and what used to be a sweet potato patch.  The grass overtook the SPP, sticks fell from the trees, I used it as a dumping ground...it became an overgrown mess.   The fridges still worked as gardens though and we were/are getting food from them.

We had another overgrown messy area out the back, along the fence.  This was a garden edged with rocks and over the years has had different stuff planted which eventually becomes overgrown with grass.
One day last week we were saying how messy these areas were and talked about shifting the fridges out and putting them out along the fence.   This would make one area at least easy to keep clear and mown.

Husband has had 2 days home and decided that enough was enough and he started the clean-up.  The rocks were removed from the back fence, the fence-wire was removed, the grass was scraped away and the whole lot was levelled off.  I get home from Vinnies yesterday and he has already started moving the fridges.  It is a big job as each fridge needs to be emptied before it can be moved...but I have food growing in them.  It will be a work in progress and may have to wait until it is cooler.

He has moved 3 of the fridges though so now it is my job to start clearing where they were and getting rid of all the sticks, grass, crap that should never have been put there.  Fair deal I reckon.

In this area is a Comfrey plant.  I need to find somewhere else to put it before I dig it up.  We have a massive purple pot and husband suggested I use that for the time being so if  can't find a better, in the ground place, that will have to do.

It's still looking messy but will have to stay that way for a bit longer  I will be busy then away until end of March but hopefully the weather will be cooler when I am back home and it will get finished then.  The comfrey is now gone, I put that in a big pot and dumped it in some shade. 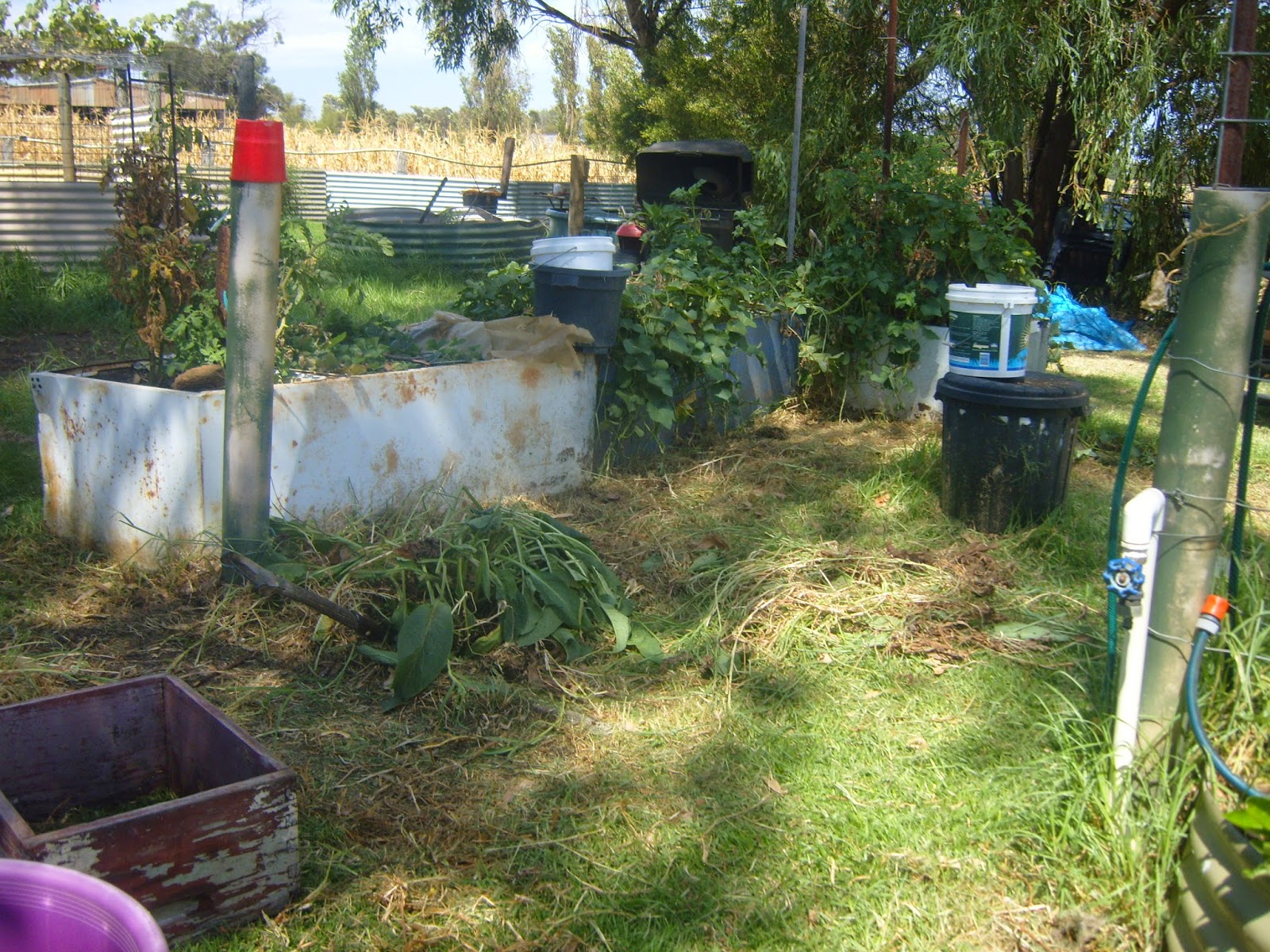 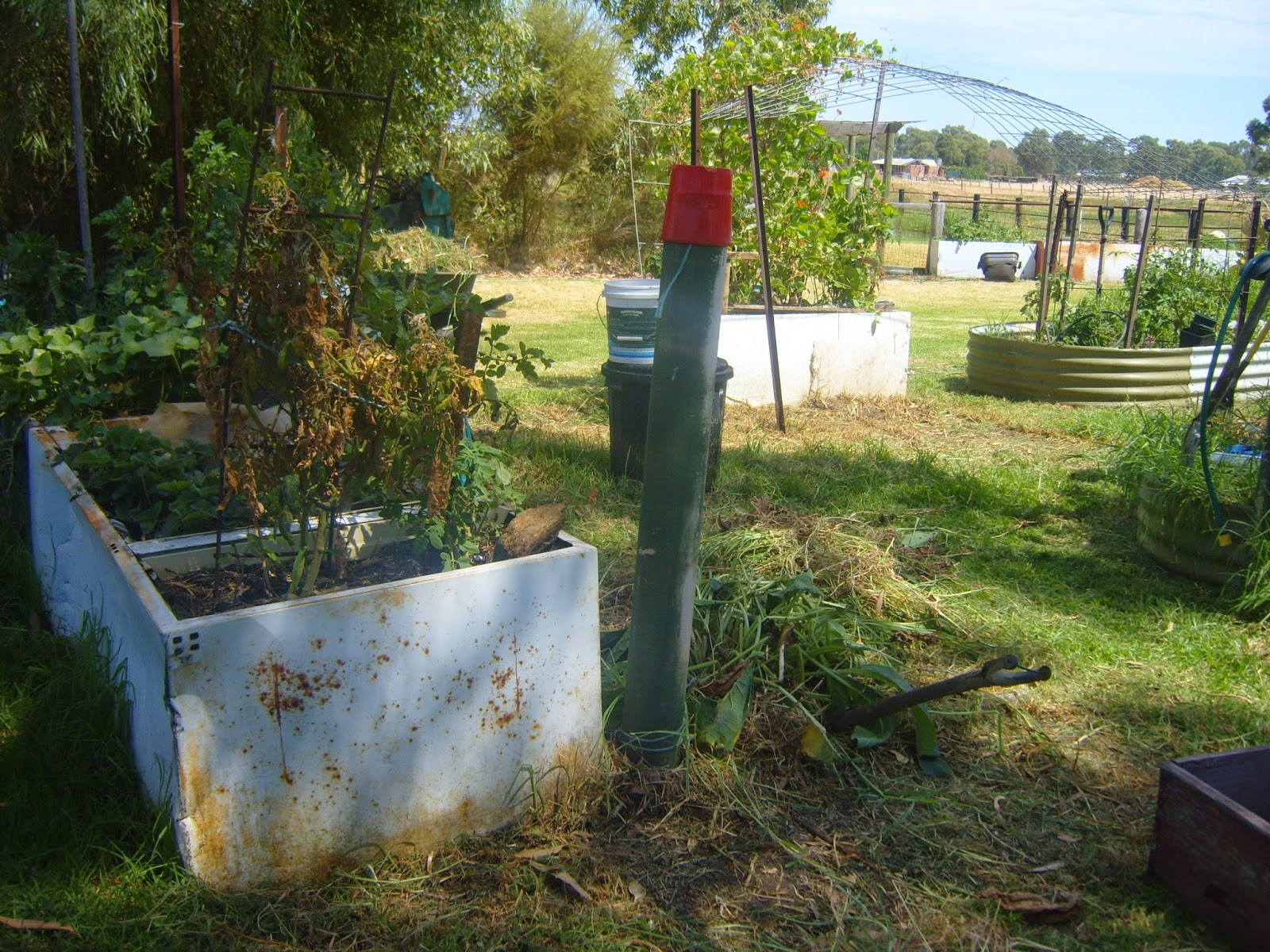 This is back fence area.  Soon all the fridges will be along here. 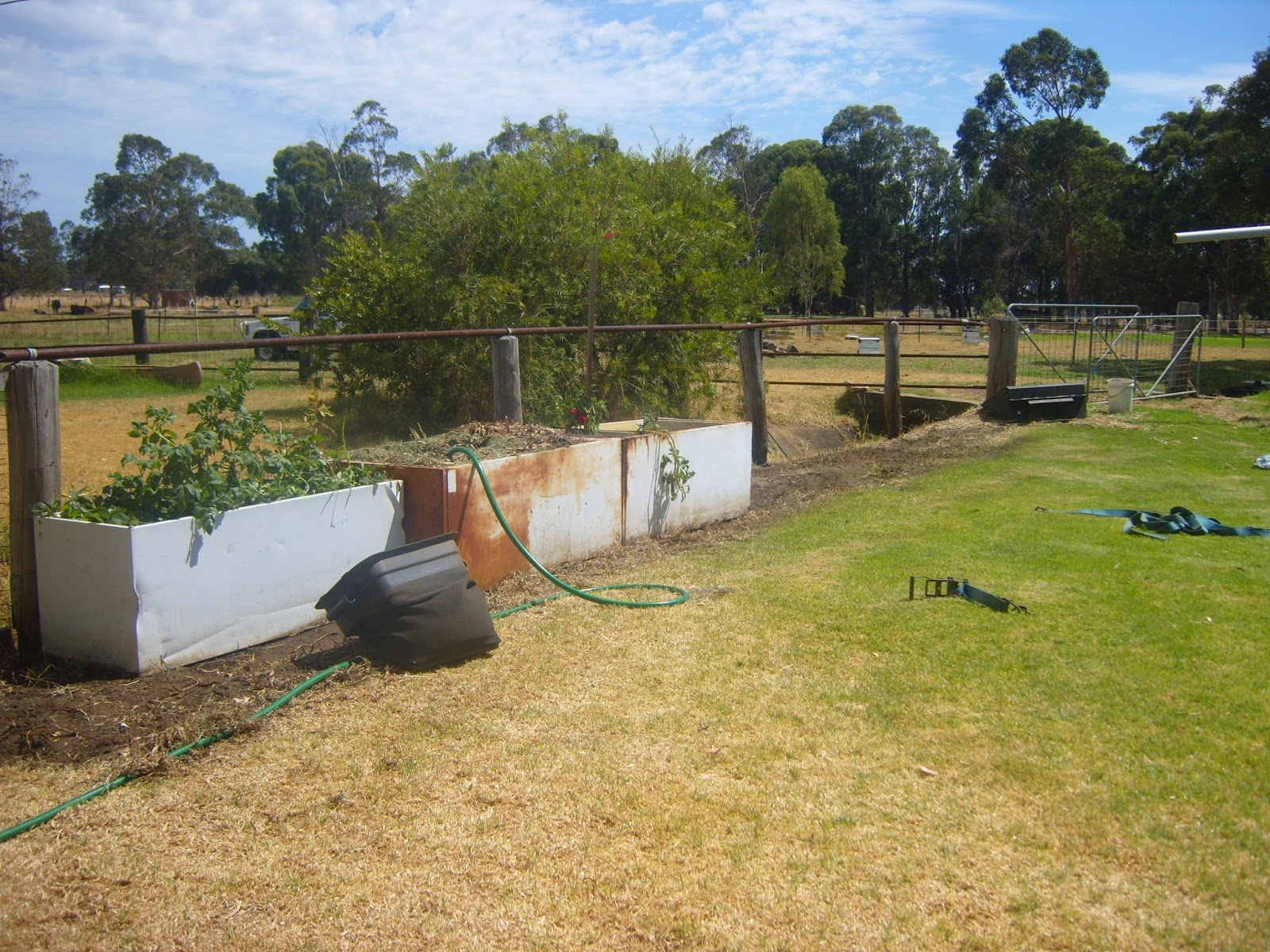 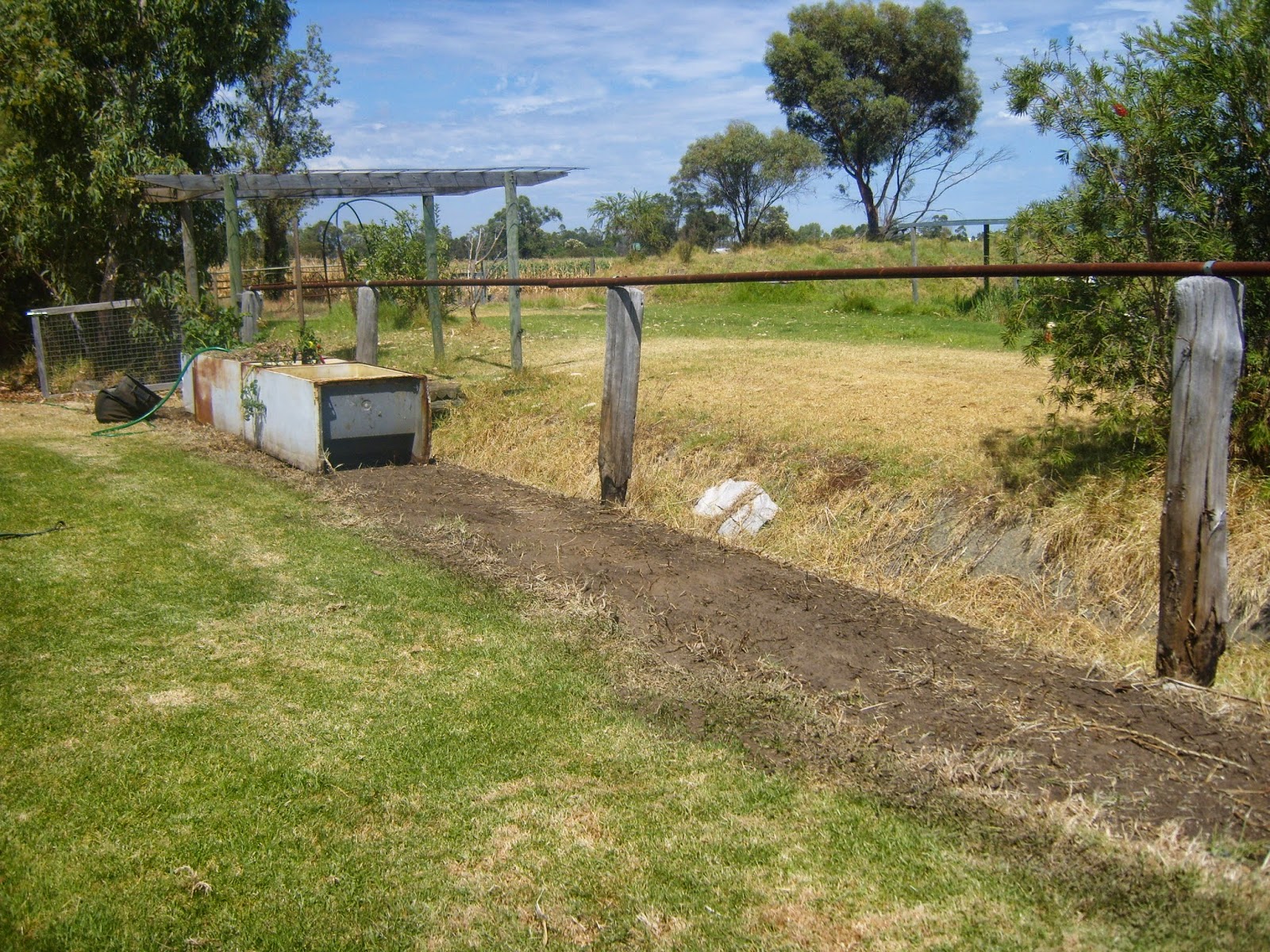 A Passionfruit vine will be planted here in the hope that it will take off, up and over the structure. 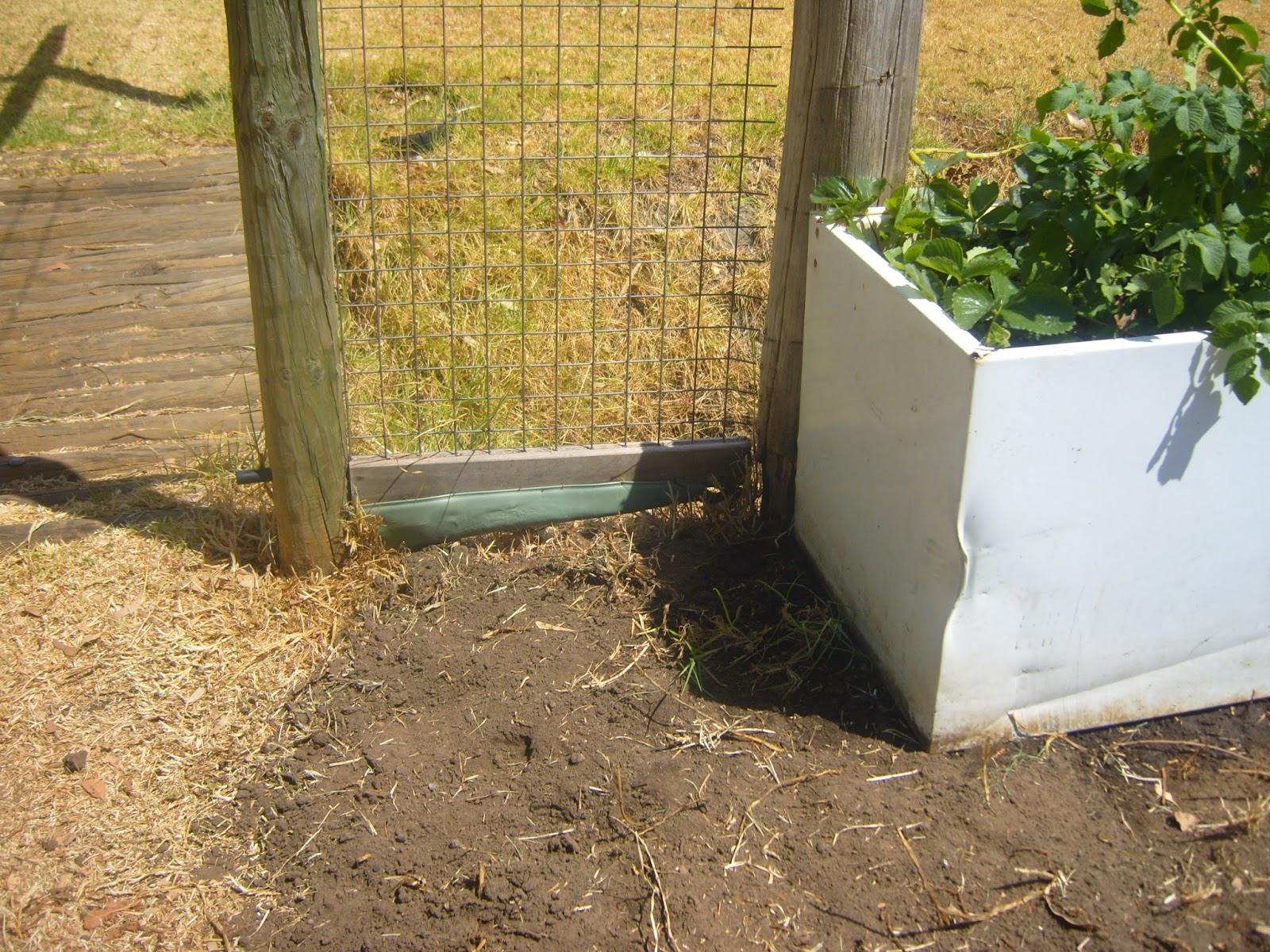 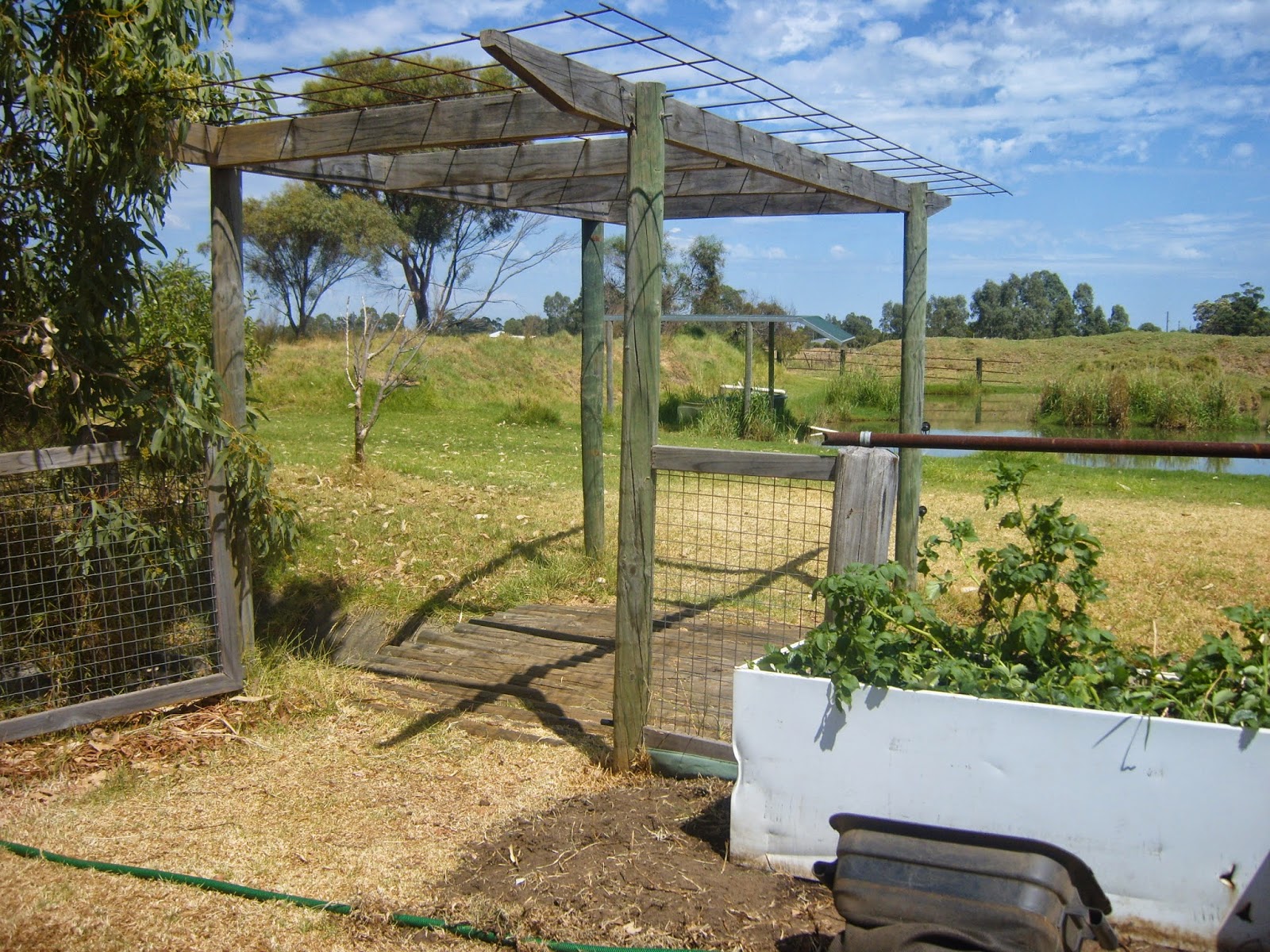 We can't move a couple of the fridges until the plants are finished.  this one has beans and tomatoes still growing.  But another is full of strawberries and another chillies, potatoes and tomatoes... It will look good, or at least tidier, when it's finished but that may be another month or so.  But it's started!
Posted by Barb. at 8:24 AM